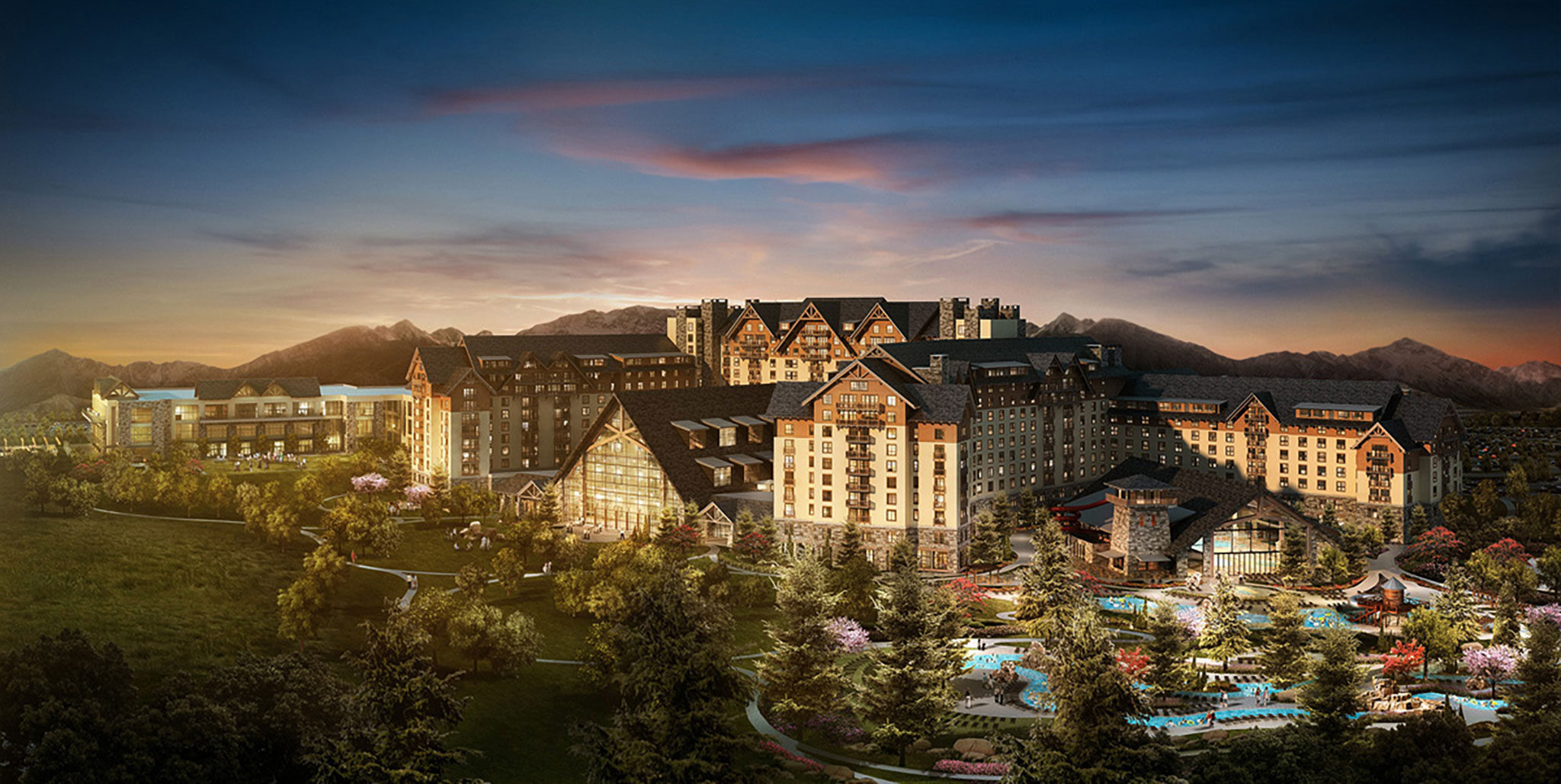 The Gaylord Rockies in Aurora isn’t opening until the end of this year, but the resort and convention center already has more than 600,000 room nights booked between February 2019 and 2028.

Although the 1,501-room hotel is 70 percent complete, Gaylord won’t start releasing more rooms until it’s certain that it will be able to deliver the project on time, says David Bray, vice president of architecture and construction for RIDA Development Corporation, developer of the project.

The $800 million Gaylord Rockies, 22 miles from downtown Denver, is the largest hotel under construction in the United States. About 1,300 workers show up every day to work on the project. General contractor Mortenson has 79 subcontractors working on the project, including five companies doing framing and drywall and two electrical contractors. RIDA’s average payout to its subcontractors is $20 million a month.

Like Gaylord’s other four hotels, its Rockies iteration will highlight characteristics that define the region where it’s located. But unlike some of its other properties, the Gaylord Rockies will be a bit more generic. The Gaylord Texan, for example, gives guests a “tour” of state landmarks within the comfort of a climate-controlled atrium, including the Alamo, the San Antonio River Walk and Palo Duro Canyon. The Gaylord Rockies will deliver the flavor of Colorado without offering replicas of landmarks like Red Rocks or Maroon Bells. 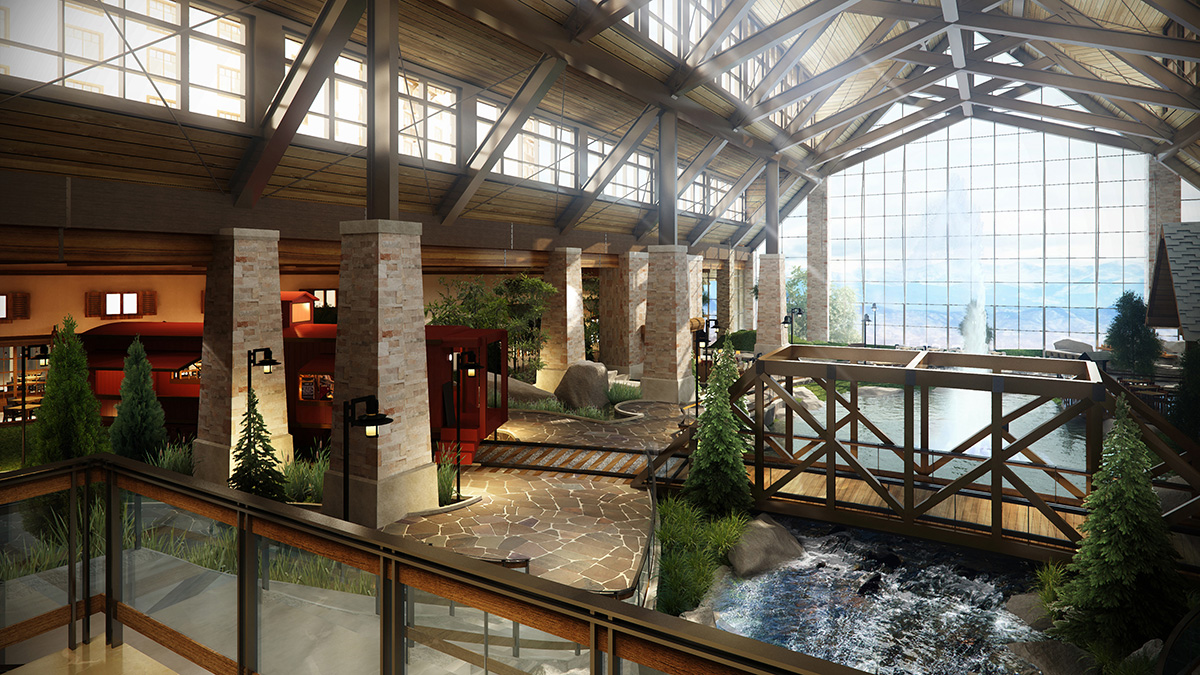 The Grand Lodge will be front and center upon entering the hotel. It will have the feel of a ski village, with rock work, waterways and landscaping that is found throughout the state. There may be a fake elk hiding in a corner, and a Santa Fe railroad caboose that was a workhorse in the Rockies in its past life is being restored. The fireplace will have a sixteen-foot-long faux-wood beam that’s about four feet in diameter for the mantelpiece. A rock grotto that holds about fifty people also will be available for events.

“The subcontractor that did the [theme] did a weeklong tour of the state,” Bray says, noting that the hotel and conference center took about a year and a half to design.

The conference center will have 485,000 square feet of meeting and event space, including a 50,000-square-foot column-free ballroom that can hold as many as 4,000 people.

The property will have eight restaurants and bars with a total of 1,344 seats and a 60,000-square-foot kitchen to service them.

The 24,000-square-foot Mountain Pass sports bar will seat 460 people and will have about 25 TVs, including a 75-foot-long, fourteen-foot-high LED screen — the largest indoor LED screen in the state. The men’s room will have urinals made from beer kegs.

Gaylord is working with Dry Dock Brewing Company, located nearby, and Odell Brewing Company to create a signature beer for the bar, says Michael Kofsky, director of sales and marketing for Gaylord Rockies. The bar will have at least 25 beers on tap. 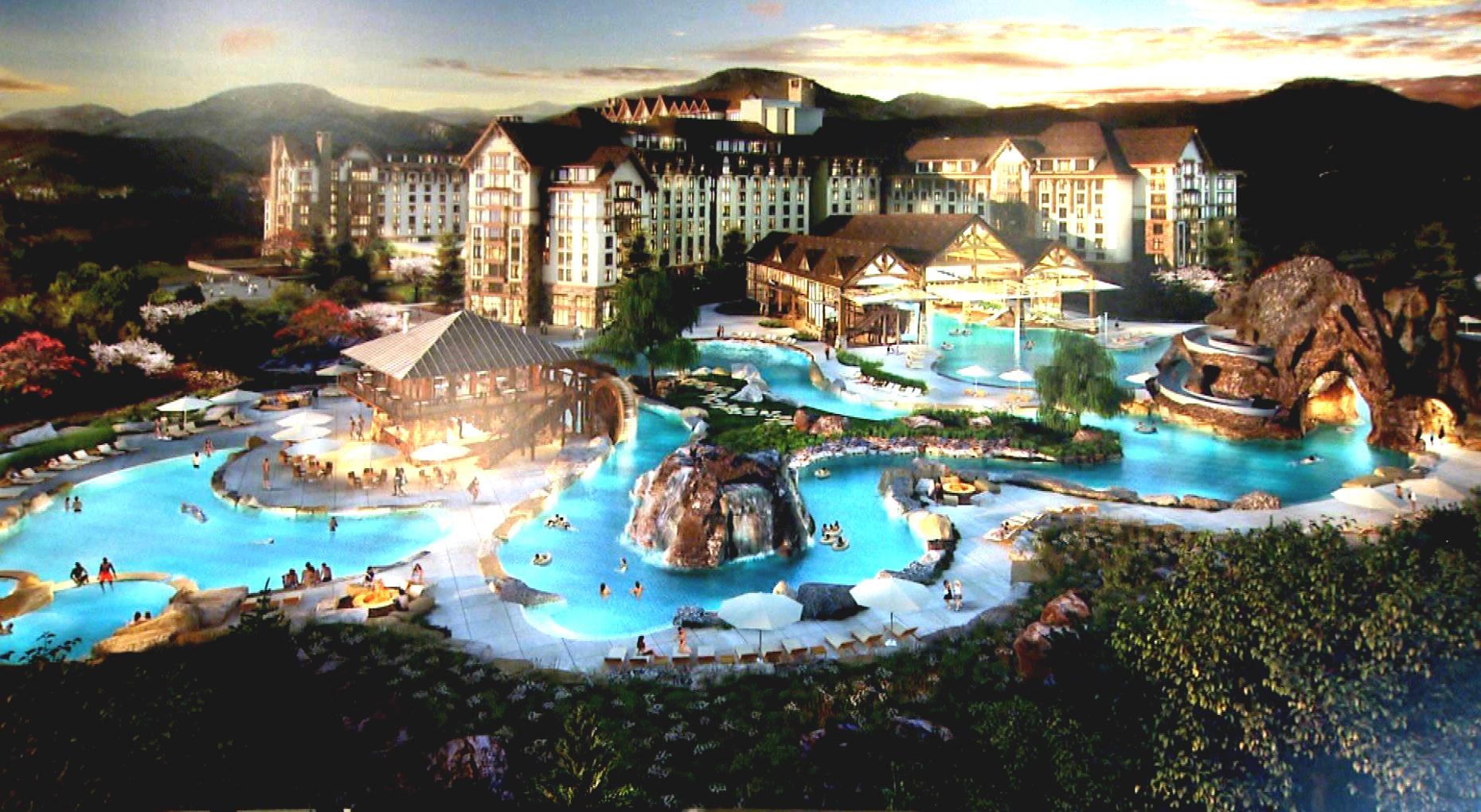 The Gaylord Rockies will have seven pools and water features, including an indoor pool, an outdoor pool and a lazy river that’s open year-round. The hotel, on 85 acres just minutes from Denver International Airport, will also have tennis courts and a basketball court, as well as a spa that has an “experience shower” with a crushed-ice machine so guests can rub ice over their bodies.

Over the past twenty months, the Gaylord has poured 74,000 cubic yards of concrete — enough to place a four-inch slab over 125 football fields — but only 47 percent of it is visible, because it’s mostly below grade.

The resort is projected to draw more than 450,000 new visitors a year and will create 1,550 permanent jobs. At two million square feet, it’s Gaylord’s second-largest hotel, behind Gaylord Opryland in Nashville. For the moment, it ranks third in number of rooms, but the Gaylord Texan, which currently has 1,500 rooms, is adding another 300.

The massive project is driving other development in the area near DIA. There’s a new Starbucks, and developer RIDA has acquired 130 acres of land around the resort that’s planned as a mixed-use development. Bray says construction on that property is expected to start by mid-2019. 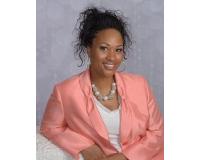 5 Tips For Buying A Home When You Have Student Loans

Most college students require some kind of financing to complete their degree. Student loan debt is a serious commitment, one which can take up to 20 years to repay. But having a student loan does

February Is The Time For Father Daughter Dances

Calling all the FATHERS out there living that #GIRLDAD life! February is the time to celebrate LOVE; what better way to show your daughters that you care than a special night out at one of

Looking for the "perfect" home but can't seem to find one that fits all your needs? Check out Adamo Homes- the builder who offers both custom and semi custom options for their clients! I have had

Buying a home is a huge commitment and one which should be considered carefully before undertaking. Not only are you committing to years of the mortgage, but you are also putting down roots in a


Should you require assistance in navigating our website or searching for real estate, please contact our offices at 720-296-5262.

Information deemed reliable but not guaranteed by the MLS. © 2020 Information and Real Estate Services, LLC. Information source: Information and Real Estate Services, LLC. Provided for limited non-commercial use only under IRES Rules. © Copyright IRES. The information being provided is for the consumers personal, non-commercial use and may not be used for any purpose other than to identify prospective properties consumer may be interested in purchasing. The IRES, LLC Data on this site was last updated: February 19, 2020 1:46 AM

The content relating to real estate for sale in this Web site comes in part from the Internet Data eXchange (IDX) program of METROLIST, INC., DBA RECOLORADO©. Real estate listings held by brokers other than Sam Barnes Realtyname are marked with the IDX Logo. This information is being provided for the consumers' personal, non-commercial use and may not be used for any other purpose. All information subject to change and should be independently verified.

1. This publication is designed to provide information regarding the subject matter covered. It is displayed with the understanding that the publisher and authors are not engaged in rendering real estate, legal, accounting, tax, or other professional services and that the publisher and authors are not offering such advice in this publication. If real estate, legal, or other expert assistance is required, the services of a competent, professional person should be sought.

2. The information contained in this publication is subject to change without notice. METROLIST, INC., DBA RECOLORADO MAKES NO WARRANTY OF ANY KIND WITH REGARD TO THIS MATERIAL, INCLUDING, BUT NOT LIMITED TO, THE IMPLIED WARRANTIES OF MERCHANTABILITY AND FITNESS FOR A PARTICULAR PURPOSE. METROLIST, INC., DBA RECOLORADO SHALL NOT BE LIABLE FOR ERRORS CONTAINED HEREIN OR FOR ANY DAMAGES IN CONNECTION WITH THE FURNISHING, PERFORMANCE, OR USE OF THIS MATERIAL.

3. PUBLISHER'S NOTICE: All real estate advertised herein is subject to the Federal Fair Housing Act and the Colorado Fair Housing Act, which Acts make it illegal to make or publish any advertisement that indicates any preference, limitation, or discrimination based on race, color, religion, sex, handicap, familial status, or national origin.

4. METROLIST, INC., DBA RECOLORADO will not knowingly accept any advertising for real estate that is in violation of the law. All persons are hereby informed that all dwellings advertised are available on an equal opportunity basis.

7. ALL RIGHTS RESERVED WORLDWIDE. No part of this publication may be reproduced, adapted, translated, stored in a retrieval system or transmitted in any form or by any means, electronic, mechanical, photocopying, recording, or otherwise, without the prior written permission of the publisher. The information contained herein including but not limited to all text, photographs, digital images, virtual tours, may be seeded and monitored for protection and tracking. Options Show More...

By registering, you agree to our terms of use and that real estate professionals and lenders may call/text you about your inquiry, which may involve use of automated means and prerecorded/artificial voices. You don't need to consent as a condition of buying any property, goods or services. Messages/data rates may apply.