Does It Feel Like Home Prices Are Going Down

In September, housing inventory continued to move higher, even though it typically decreases this time of year, and home prices dropped nearly 5 percent since its record-peak highs this past May and June.

“The housing inventory and home price adjustments are normal and expected,” said Steve Danyliw, Chairman of the DMAR Market Trends Committee and Metro Denver REALTOR®. “What’s not normal? Sales of single-family homes priced over $500,000 dropping 33 percent from August to September. For those sellers, that’s real turbulence.”

Looking deeper in the numbers, active listings in the residential market (single-family and condos) finished September at 8,807 total units, up a significant 16.10 percent year over year. The condo segment remains strong, up 21.13 percent year over year. The number of sold listings in the residential market decreased 28.91 percent compared to month prior, and 20.24 percent from last September. Year to date, 42,990 homes have sold - down 3.04 percent from 2017.

“A lot of luxury homebuyers found what they were looking for this record-breaking summer, leaving fewer of them in the market now that autumn is here,” said Jill Schafer, DMAR Market Trends Committee member and metro Denver REALTOR®. “Sales of single-family homes priced over $1 million plummeted 44 percent from August to September, ending the month with 8.72 months of inventory. Luxury condo sellers may want to make some strategic price reductions with sales down 46 percent compared to the month prior, ending with 17.86 months of inventory.”

According to Schafer, anything over six months of inventory is considered a buyer’s market. Despite a slow month, single-family home sales in the Luxury Market are still at peak levels, up 32.57 percent year to date compared to last year.

Furthermore, year to date, September had the lowest median and average days on market on record and the sales volume was up 27.28 percent compared to last year. Schafer adds, “September 2018 stats were very similar to September 2017, possibly indicating this is just a seasonal slow down.” 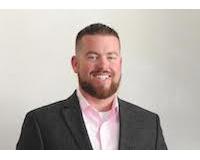 Jason has lived in the Golden and Arvada area for more than 25 years attending Golden High School and then later gaining a Bachelors of Science Degree in Organizational Leadership and Emergency Manage....

5 Tips For Buying A Home When You Have Student Loans

Most college students require some kind of financing to complete their degree. Student loan debt is a serious commitment, one which can take up to 20 years to repay. But having a student loan does

February Is The Time For Father Daughter Dances

Calling all the FATHERS out there living that #GIRLDAD life! February is the time to celebrate LOVE; what better way to show your daughters that you care than a special night out at one of

Looking for the "perfect" home but can't seem to find one that fits all your needs? Check out Adamo Homes- the builder who offers both custom and semi custom options for their clients! I have had

Buying a home is a huge commitment and one which should be considered carefully before undertaking. Not only are you committing to years of the mortgage, but you are also putting down roots in a

Should you require assistance in navigating our website or searching for real estate, please contact our offices at 720-296-5262.

Information deemed reliable but not guaranteed by the MLS. © 2020 Information and Real Estate Services, LLC. Information source: Information and Real Estate Services, LLC. Provided for limited non-commercial use only under IRES Rules. © Copyright IRES. The information being provided is for the consumers personal, non-commercial use and may not be used for any purpose other than to identify prospective properties consumer may be interested in purchasing. The IRES, LLC Data on this site was last updated: February 19, 2020 1:46 AM

The content relating to real estate for sale in this Web site comes in part from the Internet Data eXchange (IDX) program of METROLIST, INC., DBA RECOLORADO©. Real estate listings held by brokers other than Sam Barnes Realtyname are marked with the IDX Logo. This information is being provided for the consumers' personal, non-commercial use and may not be used for any other purpose. All information subject to change and should be independently verified.

1. This publication is designed to provide information regarding the subject matter covered. It is displayed with the understanding that the publisher and authors are not engaged in rendering real estate, legal, accounting, tax, or other professional services and that the publisher and authors are not offering such advice in this publication. If real estate, legal, or other expert assistance is required, the services of a competent, professional person should be sought.

2. The information contained in this publication is subject to change without notice. METROLIST, INC., DBA RECOLORADO MAKES NO WARRANTY OF ANY KIND WITH REGARD TO THIS MATERIAL, INCLUDING, BUT NOT LIMITED TO, THE IMPLIED WARRANTIES OF MERCHANTABILITY AND FITNESS FOR A PARTICULAR PURPOSE. METROLIST, INC., DBA RECOLORADO SHALL NOT BE LIABLE FOR ERRORS CONTAINED HEREIN OR FOR ANY DAMAGES IN CONNECTION WITH THE FURNISHING, PERFORMANCE, OR USE OF THIS MATERIAL.

3. PUBLISHER'S NOTICE: All real estate advertised herein is subject to the Federal Fair Housing Act and the Colorado Fair Housing Act, which Acts make it illegal to make or publish any advertisement that indicates any preference, limitation, or discrimination based on race, color, religion, sex, handicap, familial status, or national origin.

4. METROLIST, INC., DBA RECOLORADO will not knowingly accept any advertising for real estate that is in violation of the law. All persons are hereby informed that all dwellings advertised are available on an equal opportunity basis.

7. ALL RIGHTS RESERVED WORLDWIDE. No part of this publication may be reproduced, adapted, translated, stored in a retrieval system or transmitted in any form or by any means, electronic, mechanical, photocopying, recording, or otherwise, without the prior written permission of the publisher. The information contained herein including but not limited to all text, photographs, digital images, virtual tours, may be seeded and monitored for protection and tracking. Options Show More...

By registering, you agree to our terms of use and that real estate professionals and lenders may call/text you about your inquiry, which may involve use of automated means and prerecorded/artificial voices. You don't need to consent as a condition of buying any property, goods or services. Messages/data rates may apply.